In a first ever meeting between Joel Glazer and the Manchester United Fans’ Forum - in which there was a frank exchange of views - it was revealed that Manchester United is in talks with MUST (the Manchester United Supporters Trust www.imust.org.uk) about a potentially revolutionary new Fan Share Scheme which, if it goes ahead, would allow fans to buy shares in Manchester United with the same super-voting rights as those previously held exclusively by the Glazer Family.

Joel Glazer was held to account on a series of issues including debt, dividend payments, tickets prices, lack of investment in the stadium and lack of engagement with supporters for 16 years.

MUST is cautious about whether this Fan Share Scheme will meet their own tests before they give it approval as despite the huge concession on voting rights that this proposal signals as ever the devil is always in the detail.

In particular, despite Joel Glazers’ assertion that this will be “the largest fan ownership group in world sport”,  MUST is concerned that there is a risk that the scheme will limit the number of such Fan Shares made available so reducing the opportunity for this to achieve a meaningful collective fan ownership stake - and ultimately with the potential to result in a change in control of the club.

For that reason - MUST is today signalling their intention to recruit the millions of members of Manchester United's huge global fanbase to unite behind their campaign and sign up to their pre-launch “Sign For United” campaign site at www.SignForUnited.org so they can be part of the campaign when it launches in the next 10 days.

The aim of the campaign is to demonstrate the huge appetite amongst United support for a better model of ownership which embraces the fans at its heart and in so doing compel the club to deliver a really revolutionary Fan Share Scheme which will both excite the fans and also exceed their demand for shares.

Sign For United - the campaign for Manchester United Fan Share Ownership www.SignForUnited.org is in pre-launch - due to launch in 10 days 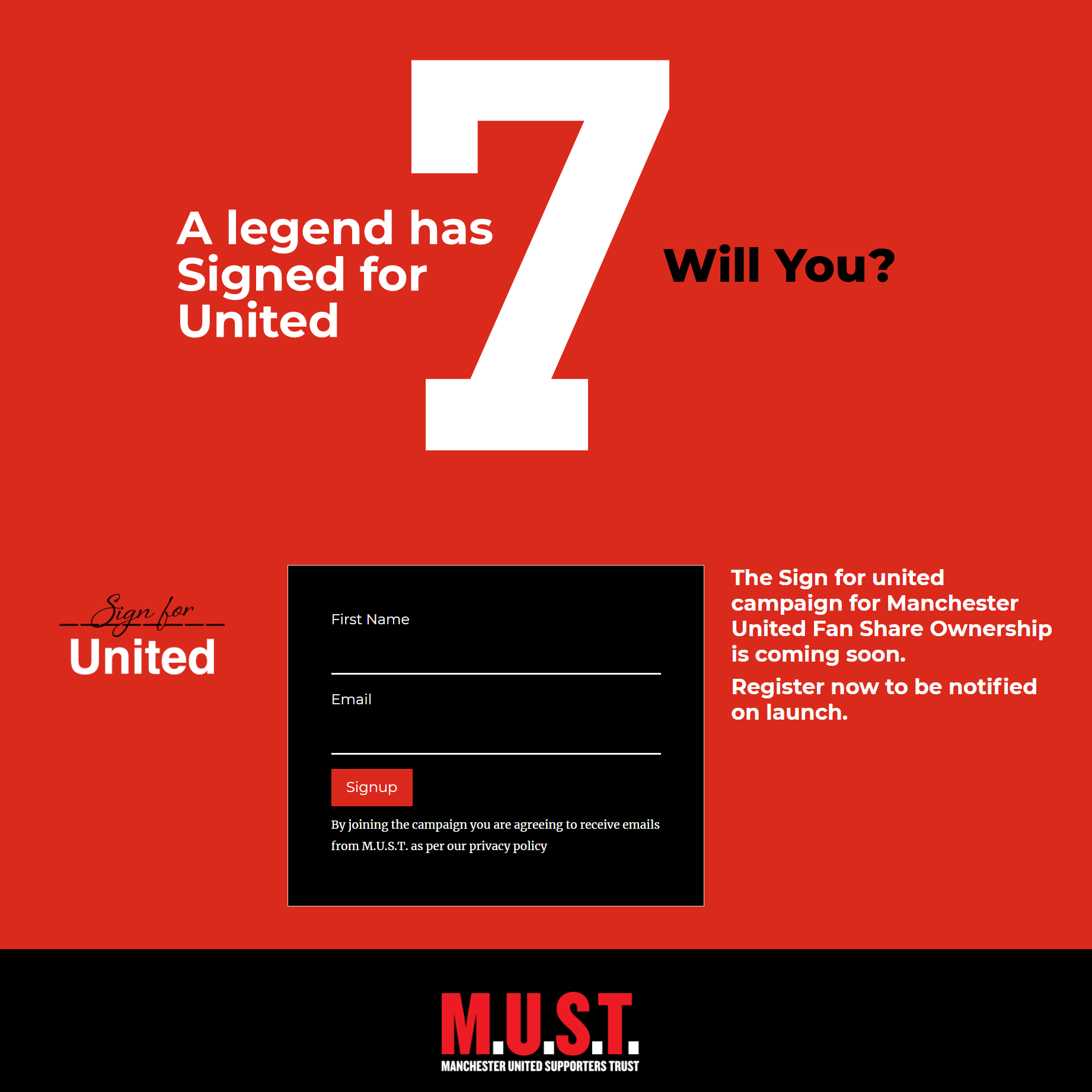