MUST - End of Season Newsletter

Dear MUST Member,
There is no getting away from it, this has been a tough season to be a Red. We have to take our small victories where we can find them but perhaps a small consolation is, things could have been a lot worse, with us staring down the barrel of a Liverpool Quadruple!

What started in the sunshine and optimism of Leeds at home has turned into one of the worst seasons in living memory. But a new manager starts work today, there will be lots of outgoings on the playing side and – we hope – lots of incomings too. We live in hope that this will turn things around, and that the new manager will be backed with the consistent financial support he needs to get us back to winning ways.

Despite a pretty depressing backdrop at times, the work of MUST has continued with some significant steps forward alongside other areas where we have not made as much progress as we would have hoped. Following below is our annual end of season update reminding you of just some of the things that have happened since those heady days back in August.

Both of these initiatives have now been actioned, and it is fair to say it is early days to judge whether they really give us the voice fans deserve. That said, the FAB did allow us to raise the long-running sore of the Automatic Cup Scheme in the very first meeting and that resulted in an early win – more on that below. Rest assured, MUST will never allow it to just become a talking shop, and we will call it out if that ever happens. We see the FAB as the opportunity to directly hold the senior management (and owners) to account and we won't shy away from raising the key issues of the debt, dividends and fan share ownership.

Fan Share Scheme
Progress on the Fan Share Scheme has been slower and more frustrating. We recognise it is a complex beast and needs to be got right, but it is a year since Joel Glazer promised to create the biggest fans share scheme in world sport. We are reassured that the new CEO, Richard Arnold, restated that promise at a recent Fans Forum meeting but the talking has got to stop now and an agreement must be reached.

Getting a deal on the FSS over the line is our number one priority and we will continue to work on this with the club over the summer.

Automatic Cup Scheme
One clear win on one of our most long-standing campaigns came only a few weeks ago with confirmation that the club has agreed to abolish the automatic cup scheme which required season ticket holders to buy tickets for all cup games, as well as league games. We have been calling for this change since 2007 and at a time of financial hardship for many it was very welcome that the club responded to the calls at last.

European competition changes
Another issue of concern to us were the proposed changes to the Champions League, which would have increased to ten the number of group games as well as providing guaranteed entry to a couple of big clubs each season who had otherwise failed to qualify.

To us, this smacked far too much of the ESL and felt like a thin end of the wedge. You told us unequivocally in our recent supporters survey that you didn't want these changes. We made that case directly to our club and worked with other supporter groups to express our collective opposition. Our Vice Chair was part of a small delegation that met with the UEFA General Secretary to deliver that message.

They didn’t reverse the plan entirely, but did dilute it with a reduction in games to eight and qualification based on performance of the teams from the same league. It is still not perfect, but it is far better than originally proposed. We must and will always stand guard against any repeat of the ESL proposals, whoever they come from and in whatever form. We will now move on to making the case for our match-going supporters who, even with the modified format, will be faced with the financial costs of additional matches from 2024.

Safe Standing
We pressed the club to apply to become an 'early adopter' for safe standing - the government initiated a pilot scheme to test its safety. The club's successful application meant we were one of only six clubs where standing was legally permitted this season in J-Stand and part of the away area. Safety reports on our trial were positive. We now await the promised legislative change that will permit standing in designated areas of the stadium and will be engaging with the club on those plans to ensure that the interests of all supporters are accommodated.

Three pound pints!
Not the most strategic matter in the world, but back in August the club announced that the price of your matchday pint in Old Trafford was set to rise to a fiver. If MUST is for anything it is to stand up for fans on the issues that matter most to them, and whether it is considered trivial or not, the price of a pint is one of them. Through our Fans Forum reps, and working with others, we immediately let the club know how unhappy fans were and – credit to them – they did respond with a major price cut, meaning Old Trafford now has the cheapest beer in the Premier League.

Of course some cynics said the club was buying us off by cutting the price of ale. What nonsense. We’ll never be bought off with a cheap pint, but if we can reduce the cost of matchday for fellow reds we always will. And it will never stop us campaigning on all of our other objectives.

The Fan Led Review
We submitted our evidence last summer including making the case for an element of fan share ownership. While that is unlikely to be made a requirement, not least because we were almost a lone voice on this matter, we expect it will be encouraged where there is a demand.

The government has now backed our key ask for there to be an independent regulator and a process is underway to agree the details with legislation to follow. We expect that to mandate high standards for owners & directors on how they run their clubs in the interests of supporters and the football club. Our Vice Chair is part of the Football Supporters Association (FSA) team that is engaging directly with government officials and ministers to deliver this.

Protests continue
We've seen new protest action from a group of fans under the banner of The 1958 which you'll have seen us publicise. Any fans prepared to get off their backsides and act because they are passionate about the club deserve support in our view and we have always promoted lawful and peaceful protest. While MUST is pursuing a different approach to secure changes in policy and ultimately to deliver a new ownership model we don't see any reason why those supporters who wish to, cannot support both. Certainly fan unity is crucial and far more important than any particular tactic. We hope our members, and fans generally, will not become divided over different tactics but rather pursue whatever approaches they personally wish to, while respecting the views of others, even if views differ.

Looking ahead
There is lots more we could have included about helping match-going fans in their dealings with the authorities. But this end of season update has been long enough already.

Our work will not stop over the summer, and nor will it into next season. Over that period our priorities will be demanding the club back Erik ten Hag with funds, and make good on their promise to create the Fan Share Scheme. We will also be commencing engagement with the club on their promises of investment into Carrington and especially Old Trafford. Our stadium has been neglected for nearly two decades now, and we will be making sure that change and investment responds to fans priorities.

Until then, we hope all MUST members and friends have a good summer break and – we all need this – a bit of a break from football. But remember, we’ll never die, and United will be back in August. We will rise again.

Thank you for your support.

MUST - the Manchester United Supporters Trust PS. As usual at this time of year we'll be sending out membership renewal information shortly so please look out for that email. Of course we can achieve nothing without the support of our members and the more we grow the greater our resources and influence to deliver on our goals. In the end we are nothing more than the sum of our collective efforts and every single member counts

Please login to your account to check your Auto-Renewal status which you can change under My Account, Edit Profile. If you wish to you can get it out of the way by renewing (or upgrading from Lite membership) now here www.imust.org.uk/renew  PPS. And lastly if looks like it is farewell to Juan - we've worked with him on a number of charity initiatives and while it's become a cliche it is no less true to say there is no nicer man in football. 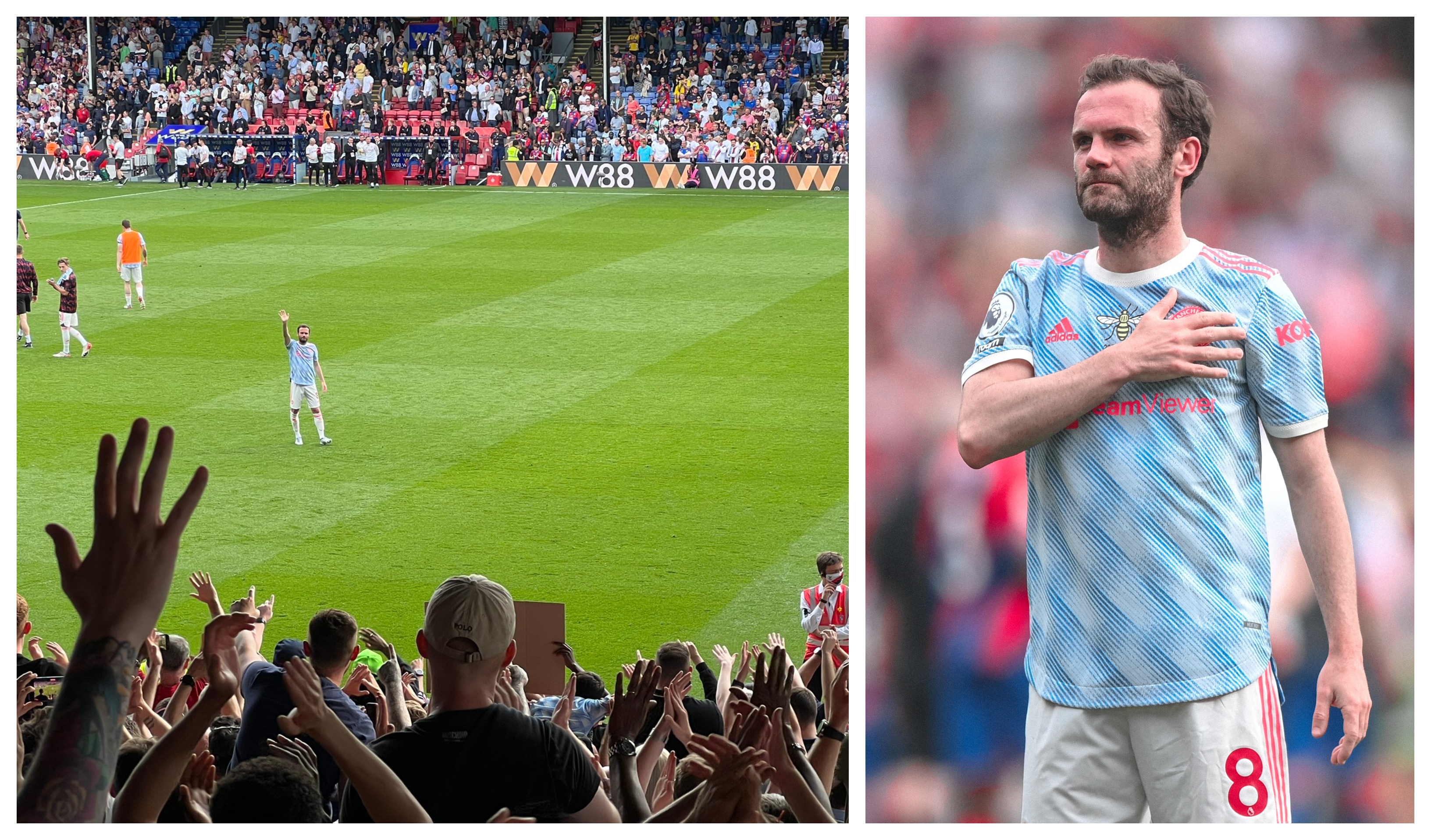