The Glazers' PR people have been hard at work spinning the line that this Singapore flotation is primarily to pay down the club's debt. That simply isn't credible given the Glazers' track record in business and we note they don't give any specific figures.
What we do know is this could present a huge opportunity as well as a huge risk to our club so we need to act in large numbers and unified as United supporters globally.
Our view is summarised in three bullet points below:
As a general overview we can't improve on City Analyst (and MUST advisor) Andy Green's (Andersred) take on this so we've reproduced his blog below although please read the original here. Just a note on the valuation following discussion with Andy today. If they are to pay down some debt as part of the IPO then that will reduce the effective valuation below the previously calculated figure below.

The key issues surrounding a United flotation in Singapore

Readers will no doubt have seen the story, initially reported by Reuters’ International Financing Review news service yesterday, that the Glazers are planning to float a minority stake in Manchester United on the Singapore stock exchange (the "SGX") later this year. This story follows rumours in recent months of a listing in Hong Kong. 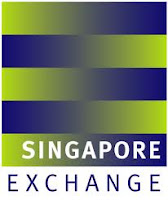 What could it mean for the club?
The first thing to say is that we have few details to go on. IFR mentions a “$1bn” listing, around £600m. How much of the club that would represent depends on the valuation on flotation the Glazers could achieve. Suggestions in the media that £600m could be raised with the Glazers only selling around 30-35% would indicate a very high valuation in excess of 21x EBITDA[1]. By comparison, Stan Kroenke’s acquisition of Arsenal earlier this year was at a valuation of around 14.6x EBITDA and Fenway paid 11.4x EBITDA for Liverpool in 2010. The suggested United numbers may of course be bankers’ puff, but they are certainly aggressive.
The second obvious statement to make is that actions the Glazers take are generally for the good of the Glazers and nobody else. It is notable that neither the club nor the family have made any attempt to consider supporter involvement in any flotation. Information is, as usual, very scarce.
In my view there are three main issues for supporters stemming from this news:
1. What will the Glazers would do with the proceeds of an IPO?
One obvious answer is to pay down some of the club’s £400m (net) debt, the bonds issued in 2010. That would, without question, be good for the club, reducing the interest bill (currently around £45m per annum) and freeing up more cash to invest in the club.
The other answer, and in my view far more plausible, is that the cash will go to Florida to bolster the Glazers’ personal finances. As has been well documented, the Glazers obtained £249.1m (c. $400m) from an unknown source in November 2010 to repay the infamous PIKs. I have it on good authority that this money was borrowed. The family’s highly leveraged US strip malls business, First Allied, continues to struggle. In 2013, NFL teams will have to meet a wage “floor” which will (on current figures) reduce the profitability of the notoriously low spending Tampa Bay Buccaneers.  All in all, the family could do with a significant injection of cash.
It seems logical that the flotation plan is really just the “Plan B” adopted by the family after they decided (in the face of the green and gold protests) not to use United’s cash to deal with the PIKs (for evidence of this fear of supporters see this Bloomberg article from October 2010). With the club's cash pile not available, a minority IPO is the logical next choice to get the Glazers out of their financial hole.
If I am right and the Glazers are intending just to take some personal profits, there will be little short-term impact on United’s finances, although the club's dividend policy may change. The club would not be obliged to pay dividends after flotation, but there is a risk that further cash would have to leave the club under the new structure. On the flip-side, if an IPO relieves the financial pressure on the family, the risk of them taking dividends out (which they are already able to do) is reduced. Once again we need more information.
2. Should supporters try/want to buy shares?
Looking back, many fans realise that we missed our chance between 1991 and 2005 to build a meaningful supporters’ stake in Manchester United when it was listed on the London Stock Exchange. Leaving ownership to City institutions led to the Sky bid, the manipulation of the club by Magnier and McManus and eventually the Glazer takeover.
A flotation of United, even in Singapore, gives an opportunity to own shares in our football club again and that cannot be dismissed out of hand. The problem is of course that any supporter stake would be as a minority in a Glazer controlled business. With the suggested valuation so high the sums needed for a meaningful stake look very difficult to achieve.
Despite these issues, I think as details emerge, we should as supporters look very carefully at this new opportunity. A minority sale is a major change in approach by the Glazers and looks likely to be the beginning of the process of them selling the club (although this may take some years). If that is the case, supporters need to be thinking now about how they can be part of a new ownership structure.
The sheer size of Manchester United may appear to preclude any major stake for fans, but in some ways the scale of our support provides the opportunity. MUST have 172,000 registered “e-members”, the club claims 330m “fans”. Looking at those two numbers, could 1 million supporters be brought together in the next twelve months and commit to invest £100 each? That would be a significant toe hold. A great first step on the way to greater supporter involvement in years to come.
3. What should we do now?
In the short-term, we all need more information on what the Glazers are planning. How much will they sell, to whom, when, what will the board structure be, what will the dividend policy be, how long will the family’s remaining stake be “locked up” etc, etc, etc. Without this information we can only talk in generalities.
As these facts come out, I passionately believe we need to achieve some new unity amongst our support. MUST will, as the mass membership official supporters trust, take the lead, but we need to try and build a consensus with all groups including IMUSA, the three fanzines, principal forums, FCUM (who remain part of the family), and possibly members of the “Red Knights” consortium and groups like Stretford End Flags and others who some feel haven’t been sufficiently “anti” in recent years.

It may be that none of the numbers stack up when we see them. It may be that unity is not possible, but we screwed up our last opportunity to get meaningful supporter ownership in our club and we would be wrong not to look at this opportunity closely. Together. United.
LUHG