MUST has been pressing the Club throughout the pandemic to try and ensure decisions reflect the needs of supporters in this unique situation. As such, we are pleased with a number of elements of the club’s announcement today on season ticket renewals.

Reflecting the financial difficulties and health concerns experienced by many supporters during the pandemic, some key supporter needs we voiced to the club have been responded to including:

Separate to today’s announcement, we also note a change to terms and conditions which will allow season tickets being passed on to friends and family at face value (so long as the recipients are club members). Previously any change of money including at face value was potentially not permitted. This new arrangement is likely to be facilitated through a future portal on the Club website to ensure a transfer of liability, and MUST is exploring ways to help match season tickets holders with spare tickets with members who may be looking for tickets. This is not the ticket exchange system we have requested but is an improvement on previous years.

However we remain concerned that MUST’s requests to stop the Automatic Cup Scheme requirements for possible home Champions League and FA cup games continue to be rejected. This has remained a MUST request to the Club for a number of years and is one which we believe would be commercially beneficial to the Club and would also reduce empty seats at some cup games.

MUST will continue to work with the Club on the return of fans whenever this is possible. Detailed plans were in place for the Leeds home game last December which of course wasn’t ultimately permitted, and the Club is preparing now for each possible future opportunity. 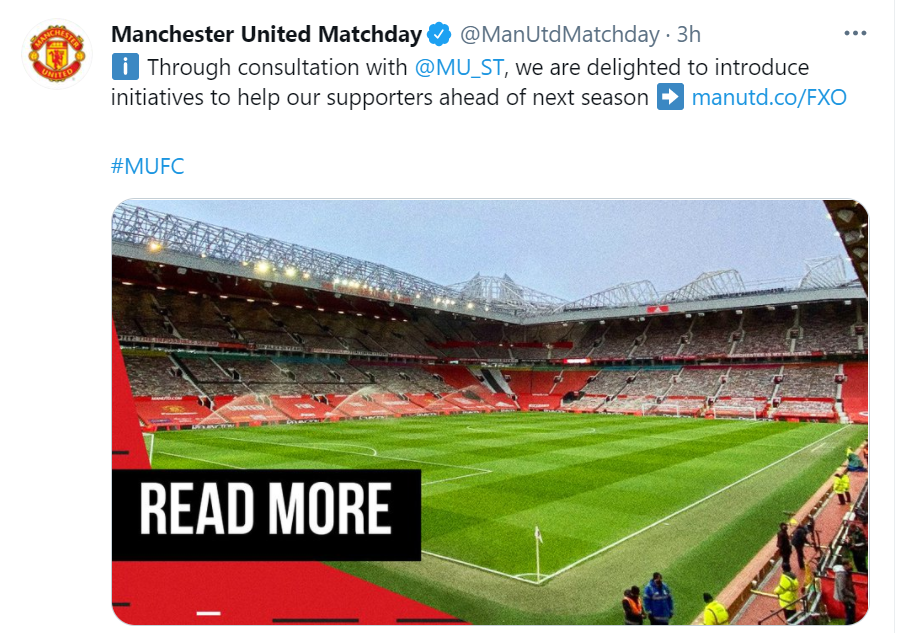