We sent this press release out Thursday night regarding the launch of the Sign For United campaign kicking off with the backing of a very special man. Sadly he won't be pulling on the red shirt for us again but he is leading the fans here and we all must obey Eric Cantona and Sign For United too.

The Manchester United Supporters Trust (MUST) today launches its new “Sign for United” campaign which allows United fans to register their commitment to become a supporter shareholder in the club as part of a new fan share ownership scheme which has been promised by the current owners in response to demands from MUST.

The first signatory to the new campaign is none other than Eric Cantona who announces, “Yes, my friends, I have signed for United again.”

Digital screens in Manchester will display Cantona's message backing the campaign. The one pictured above is situated at The Printworks, Manchester M4 2BS and will be displayed (in a carousel rotation) from 6am on Friday 25th June

The online campaign at www.SignForUnited.org will reach out to United’s huge global fanbase to ensure the Glazers make good on their promise to “create the biggest fans ownership scheme in world sport”, as Joel Glazer promised earlier this month.

As MUST have always insisted, supporter-owned shares should come with the same voting rights as the shares owned by the Glazer family and be issued in sufficient numbers that United supporters can develop a meaningful ownership stake in the club, with a meaningful say over how the club is run.

Commenting on the launch of the campaign, a spokesperson for MUST said:
“Once again Eric Cantona is leading the attack for United and we as United fans need to follow his example - and join the Sign for United campaign. No-one loves the club more than we do so fans should be at the heart of ownership. This is our chance to take the first step towards that change.”

“Joel Glazer promised to create the biggest supporters share scheme in sport – now is the time to make good on that promise.”

The fan engagement campaign, launched with digital screens around Manchester is being supported by premium DOOH operator Ocean Outdoor.

Government review should create “Supporters Right to Buy”
Alongside the launch of “Sign for United”, MUST also reveals that in a meeting with the Government’s Fan-Led Review of football last week, led by Tracey Crouch MP, it made the case for the government to require football club owners to allow fans to buy shares in their clubs as part of a “Football Right to Buy” scheme.

Under the proposals made, club owners would be required to create new shares each year, to be offered to club supporters, allowing fans to grow a meaningful shareholding over time.

Speaking about the Football Right to Buy scheme, MUST added:
“A football club is a cultural and community asset, and the best people to protect these assets for the long-term are the supporters. Under our ‘Football Right to Buy’ scheme, fans would have an opportunity to grow a meaningful ownership stake over time, allowing them to invest in the clubs they love.”

Digital Screens will be displaying these images in a carousel rotation around Manchester from 6am on Friday 25th June.

Joel Glazer met with Manchester United Fans Forum on June 4th 2021 and said:
"“The club has initiated a direct dialogue with MUST with the aim of identifying a mutually beneficial Fan Share Scheme involving a new class of shares which will each carry the same voting rights as the shares owned by the Glazer family. This would establish a foundation for supporters to build a meaningful ownership stake and create a new spirit of partnership with the club.” 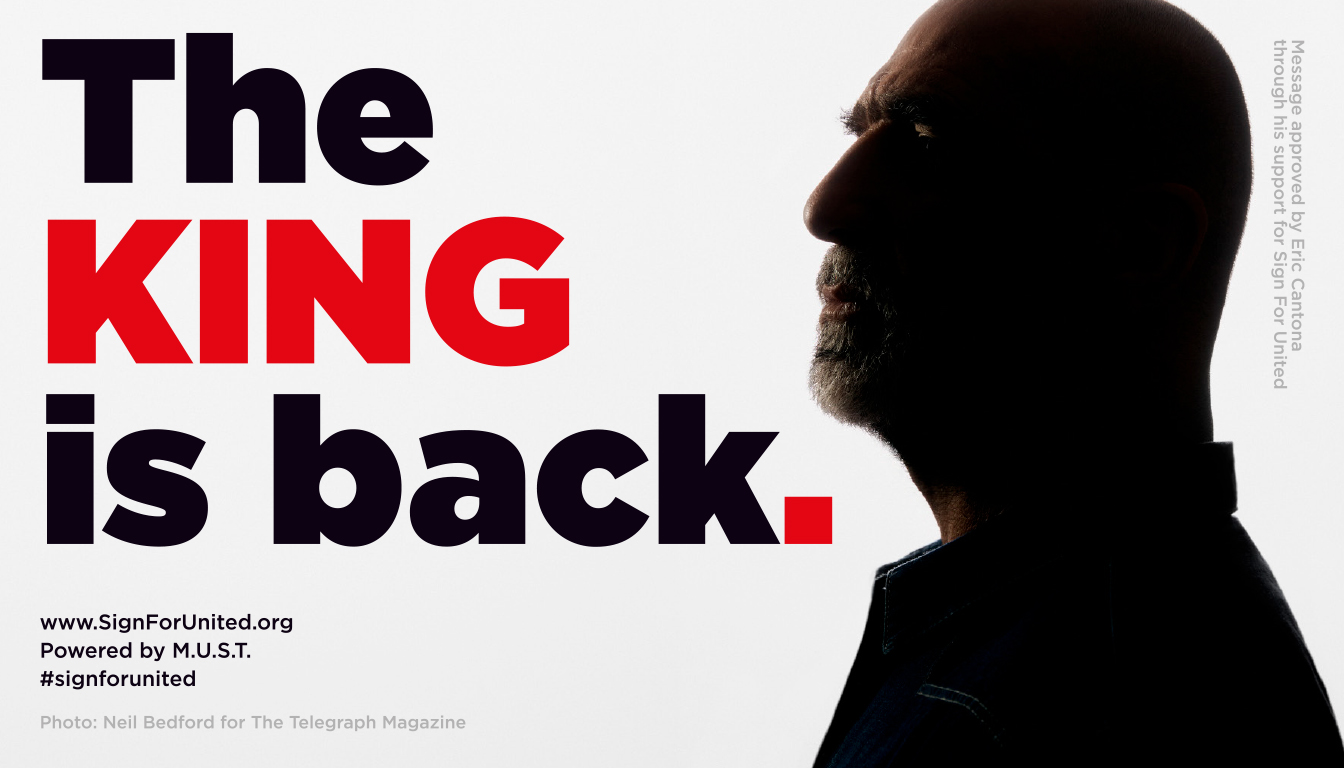