THE PRIZE FOR THE 20th DRAW: One of the most popular signed shirts we've ever stocked!

An official replica Manchester United 1999 away shirt signed by - Ryan Giggs, as worn by him in the 1999 FA Cup semi-final replay when Giggs scored one of the greatest goals in United history!

We only have TWO of these highly prized shirts left and they are no longer available anywhere as these shirts are no longer manufactured.

A Certificate of Authenticity (COA) will be sent out with the prize. 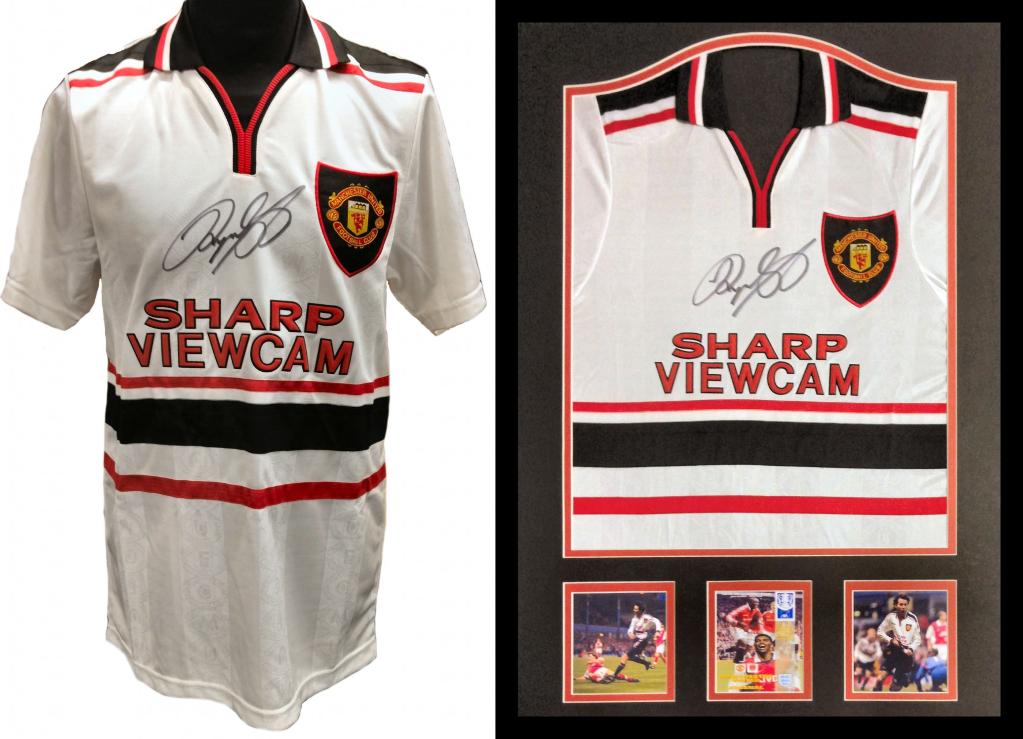 The prize is an unframed shirt which can be collected from MUST. Optional framing (£125) and shipping (shipping cost varies by destination and framing option) are both available so the winner can request a quote if required.

AUTHENTICITY GUARANTEED Unlike many commercial sellers you can be confident of the authenticity of our items as M.U.S.T is the official Manchester United Supporters Trust (Google us) - a non-profit fans organisation - owned and run by our members - passionate Manchester United supporters. We are recognised by MUFC, the FA, the PL and national fan organisations (FSF/Supporters Direct) and registered with the Financial Conduct Authority - with offices at 18 Sir Matt Busby Way just a stone's throw from Old Trafford. All our items can be collected free of charge if preferred (see below). All shirts come with a Certificate of Authenticity.