We are delighted that the Club has been given the green light to proceed with a barrier* seating trial at Old Trafford. Statement from Club here

*barrier seats are also commonly referred to as rail seats

On 16th April the Club received a written agreement in principle from the Trafford Council Safety Advisory Group (SAG) for this trial to proceed. MUST was briefed on this and has been working with the Club on the next steps.

The trial allows for up to 1,500 seats in the North East Quadrant to be replaced with barrier seats. This area works for the Club logistically and it was also preferable due to being an area where fans stand now and therefore barrier seats should enhance safety.

While it is the Club who formally requested the trial, it is the culmination of many years of work by MUST (previously SU & IMUSA) representatives stretching back 3 decades since the very inception of the all seater regulations. MUST was also involved in the national campaign through the FSA working with fans of other clubs while also lobbying at local level.

MUST is encouraging fans to register interest here:
https://www.surveymonkey.co.uk/r/RAILSEAT1

We have put together some answers to likely questions on the trial below - noting that we don’t have all the information to be able to answer in more detail yet and much is still to be decided by the Club. 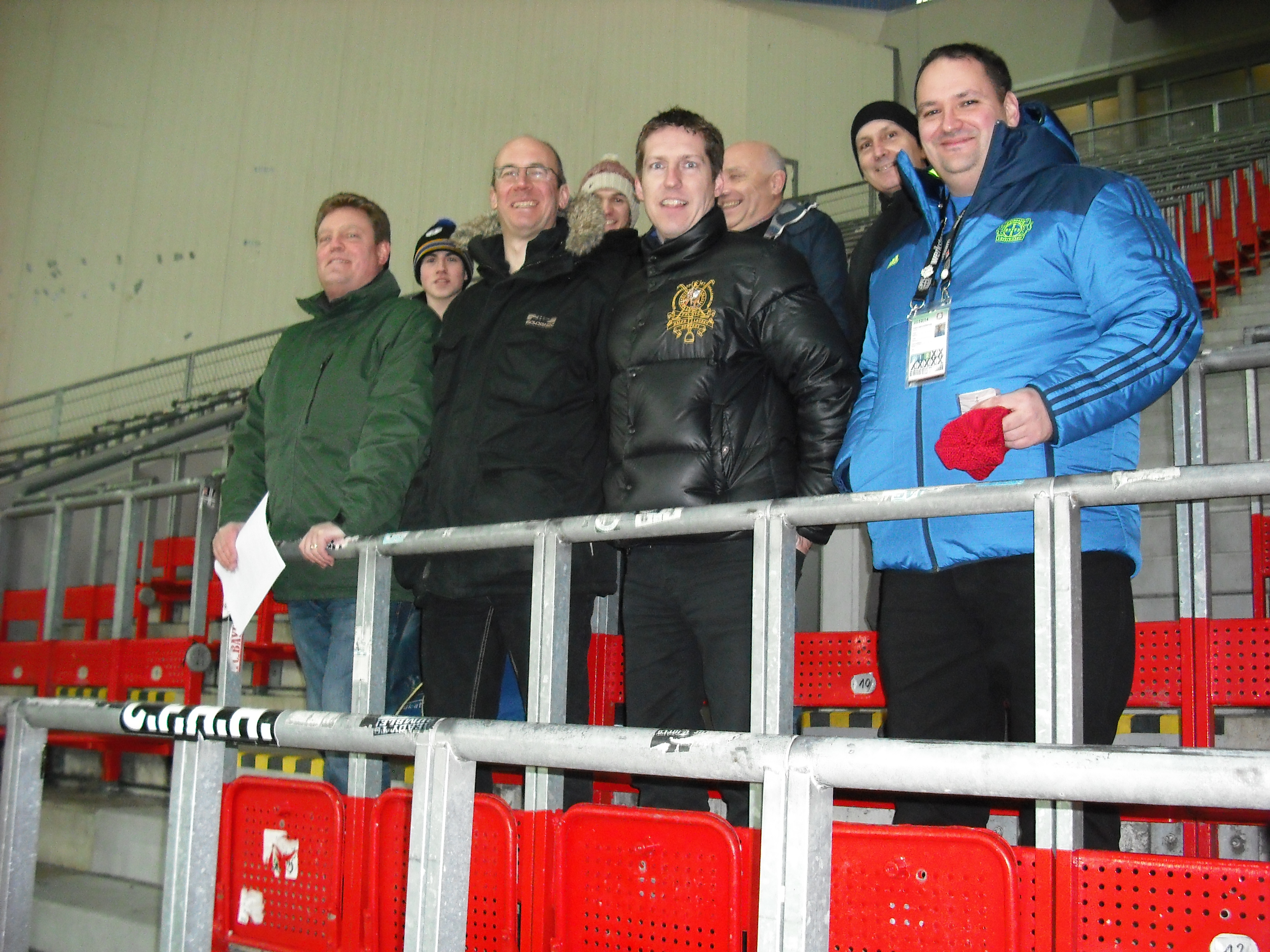 Where is the trial to take place?
Part of the North East Quadrant (NEQ) - aka J Stand

Why is the trial focussed on the North East Quadrant / J Stand?

1. To be accepted by the SAG the area selected by the Club has to have a prolonged history over a number of years of persistent standing where it can be demonstrated to the satisfaction of the SAG that it has not been possible to suppress through stewarding and other measures.

2. As it is a trial the area needs to be of manageable size - so the minimum number of seats affected while still achieving a meaningful trial

3. Sightlines - putting it in a corner section (rather than part of an end or side) so that spectators seated in adjacent sections do not risk having their sightlines blocked (necessitating them to stand e.g. when the ball is in the corner area) by fans who are standing in the barrier seat section.

4. In our opinion, to create the best chance of a successful trial it ideally needs to be populated with the same supporters every game to ensure all involved understand the trial and how to behave especially when dealing with requests from stewards.

When will it be expanded to other parts of the ground?
TBC by the club, although they have indicated that if the trial is a success they will look at expanding it to other areas of the ground in the future. Clearly the key to any future expansion is that this trial proves a success.

Who will be able to participate in the Barrier Seat Trial?
This is under discussion with the Club currently as to how this will work but clearly to maximise chances of a successful trial it needs to be populated by fans who support the objectives and understand the regulations around barrier seating.

We are engaging with the club on the specific details and logistics for the trial in order to be able to finalise these ASAP. MUST has recently provided the club with our suggestions for how it could best work and continue to liaise with them on implementation

We don’t yet know exactly what the Club will decide regarding how the trial operates but we hope it’ll be the same people in the rail seats throughout the season with the option to move back to existing seats at the end of the trial (or part way through) if desired.