Back to the MUST site

There are very few people in the world who, by mere mention of their name, bring a warm smile to your face.

Roger Brierley was one of them.

A chartered accountant-cum-actor, perhaps Roger's fondest 'profession' was the fight to keep his club independent. Roger was a founding member of Shareholders United Against Murdoch and remained active (though behind the scenes) until the last. As all who knew him in this, his most distinguished role, would attest, he was a man of principle and passion. He was clearly and genuinely pleased to see how much SU had grown, and how many new faces had taken up the fight. Those of us who have followed in his footsteps will continue to draw inspiration not only from his own efforts but also from his candid recollections of our long campaign. Some of his most compelling and favourite were those nail-biting days spent in his study with Michael Crick awaiting the DTI's decision on the Murdoch bid.

Ultimately though what defined Roger for so many of us was his humanity. His presence immediately filled any room, as much because of his resonant voice and mischievous charm as for his physical stature. Roger's was excellent company - unique, real, and gracious. It is indeed fitting that he hosted the two final SU meetings he would attend. One was a Directors meeting, where he could always be counted on for his thoughtful counsel. The other was an informal dinner he and his delightful partner Joan hosted for several of us at their lovely home in London. His seemingly boundless generosity drew you instantly close, and those he counted as friends became dear family. 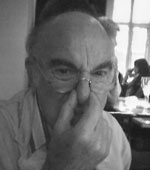 The intimacy of Roger's friendship was only enriched by his famously quirky, quick-witted, and not-infrequently impish disposition. Playful and eccentric, charismatic and honest, Roger was supremely...well, Roger. While chaperoning us to our taxis and trains after dinner, he realised he had forgotten to lock his front door. When Joan remarked teasingly on his forgetfulness, his face broke into a boyish grin, eyes sparkling, and he announced quite matter-of-factly, "I am a very erratic personality!"

Devoted partner and father, cherished friend -- we will miss him terribly. We extend our most tender and heartfelt sympathies to Joan and Oliver, and to everyone who grieves with his passing. We will remember him warmly and fondly.